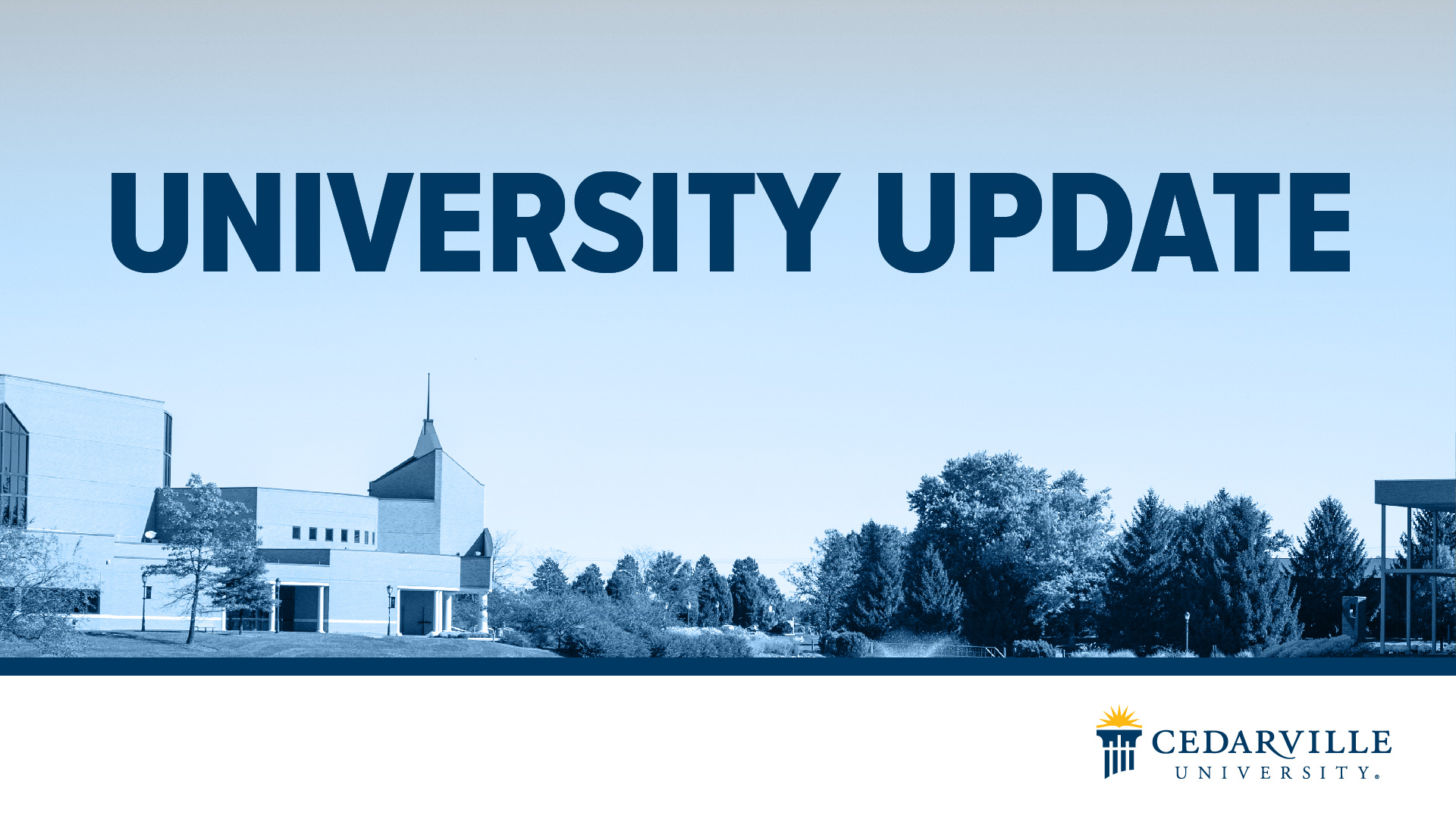 3 p.m. Update This morning, February 7, 2023, we reported an incident involving a male and female student to our campus community. The male student was treated and released from the hospital earlier today. The female student remains in custody, pending charges. The Cedarville Police Department is leading the ongoing... View Article

The issue has been resolved and the website is now available. We apologize for any inconvenience.

Due to a power issue on campus, the university website is offline.

Cedarville University has made available an updated website related to COVID-19. Visit cedarville.edu/covidplan to review the current COVID-19 operating plan.

Cedarville University offices are closed and all classes are cancelled on Wednesday, January 30, due to the frigid wind chills in our region. However, the National Town Hall on the Opioid Crisis, hosted by ABC6-Columbus, will proceed as scheduled in the Dixon Ministry Center from 7-8 p.m.

Network service has been restored.

We are experiencing an outage with part of the campus network, affecting many services including the main Cedarville web server. Technicians are working to resolve this as soon as possible.

Due to the threat of blowing snow and cold temperatures, the University will be on a 2-hour delay on Thursday, February 19th. The day will begin with Chapel at 10 a.m.  Continental breakfast (only) will be served from 7 to 9:30 a.m. The fitness recreation center will not be open... View Article

Due to the cold temperatures and anticipated windchill, the University will operate on a two-hour delay on Thursday, January 8, 2015. Classes prior to chapel are cancelled and the day will officially begin with 10 a.m. chapel. Faculty and staff are not to report to work until 10 a.m.

The Information Technology Network and Infrastructure Services team will be performing work on various servers and the backbone of the campus network on Tuesday, March 4, 2014. The work will include a complete outage of network and web services that is estimated to last from 7-8 p.m. EST. After that,... View Article